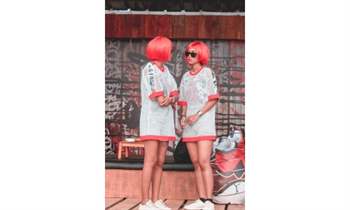 By the end of the sixties, frames had increased in size, a trend that prevailed throughout the seventies. There were even sunglasses on the market large enough to more than half the face. In the seventies , Maxi fashion was influential  in determining eyewear trends. Popular disco music provided loads of glamour on the dance floor, and thanks to TV, the whole world saw brands such as The Jackson Five, Abba and Sister Sledge dancing in colourful, showy clothing. Going out meant dressing to the nines. Eyeglasses were decorated with fake jewels and colourful stones. Sunglasses shapes became more theatrical, and fun frames in an assortment of unusual and at time bizarre forms became available.